This month Olikirathu Urimaikural cover picture is MGR with a guitar from the movie Oru Thai Makkal and back cover is from Thanipiravi. 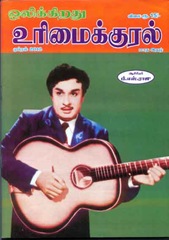 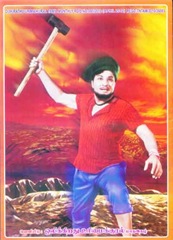 An article about the opening of MGR statue in Malaysia by Puratchi Tamilan Sathyaraj on 25.6.2011 click the image below to read further. 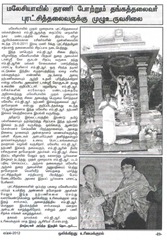 Question and answers by our beloved Leader Puratchi Thalaivar MGR that have appeared in Nadodi Mannan magazine. 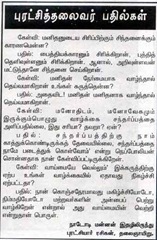 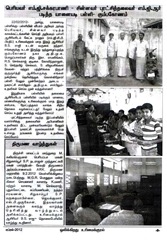 Also an article about Aanaiadi School in Kumbhakonam were our MGR and his brother M.G.Chakrapani studied.

An article by N.Ramakrishnan from Palani about MGR’s patriotism and human nature, he showed while for shooting of Anbae Vaa.The article ends with shooting of Madurai Meeta Sundarapandiyan. Thousands of extras were needed for the climax scene and how MGR looked over the shot and how benevolent he was.

An article from Times of India about using MGR songs for the Republic day parade in Madurai. The news was provided by Dr.S.Mullai Murthy from Trichy.

Also there is an article sent by V.P.Haridass about the participation of MGR during a Hindi film show for the cause of flood relief. As the students from Orissa were studying in Chennai and they planned to screen New Delhi a Hindi movie starring Kishore kumar and Vaijayanthimala. In the movie in a song a Tamil person was being insulted and it was the talk of the town. The students thought that MGR will not attend and the collection for the fund will be down. But MGR had another plan he came to the fund raiser and attended the movie on the end of the movie spoke about how movies will impact common people and strongly condemned that particular scene and also mentioned that he was hurt the way Tamilan was projected. On leaving the dais MGR asked the students to visit him the next day. And they went and met MGR, he gave a large amount to the flood releif and told that he should have given this yesterday but his generosity will take the centre stage and the condemnation will not be registered in the mind. How MGR had looked over the matter and some say he is not a Tamilan and help is concerned for his welfare i.e. vote purpose, Who is the real Tamilan? 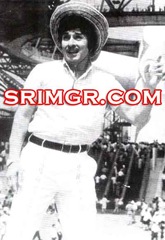 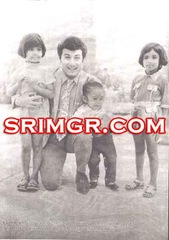 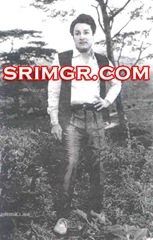 Above images are the centre pictures in Olikirathu Urimaikural April issue.

A separate page dedicated to the astounding success of Kudieruntha Kovil in Woodlands Chennai. As the movie was already telecasted four days before the re-release still the movie pulled the crowd. with lot of images from the theater.

Above are the images from Madurai re-release of MGR movie Thazhampoo, Deivathai and En Annan in Meenakshi theater.

On 19.2.2012, Sathya Movies Deiva Thai was released and on 24.2.2012 En Annan movie was released followed by Thazhampoo on 9.3.2012. MGR banner saw garlanded and crackers were busted as part of the function. The news was forwarded by Olikirathu Urimaikural Madurai News Agent S.Kumar.

An article about the school founded by MGR in 1960’s and how he looked into the school children, the article was written by Tirupur Ravichandran.

Posted by Online MGR Fans at 12:37 AM No comments:
Email ThisBlogThis!Share to TwitterShare to FacebookShare to Pinterest
Labels: april 2012

This month issue of Olikirathu Urimaikural with two colour photos of MGR. 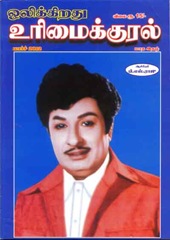 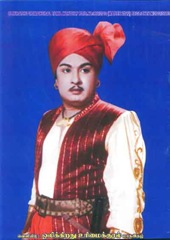 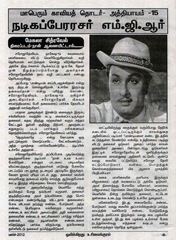 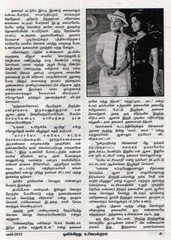 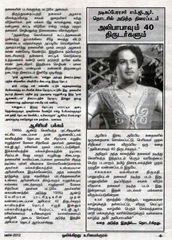 The other articles in the magazine are MGR birthday celebration conducted in Coimbatore, Bangalore, Madurai and Katpadi are given in detail.

The details of re-release of Adimai penn and Madurai Meeta Sundarapandian in Madurai theaters are given neatly the article was provided by Olikirathu Urimaikural News Agent Madurai S.Kumar.

An article by N.Ramakrishnan about MGR’s performance in Anbay Vaa, MGR studied school in Aanaiadi were covered. 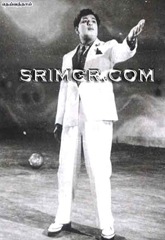 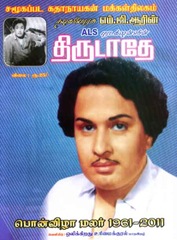 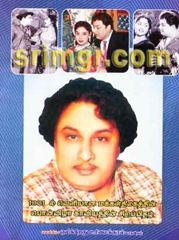 The Front cover and back cover of the Special Edition. 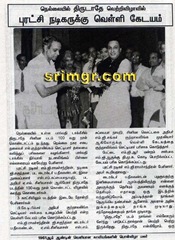 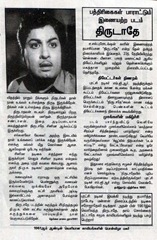 100th Day function was celebrated in Nellai, our beloved Leader MGR gave a speech about the movies and principals of DMK. 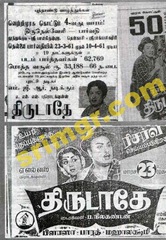 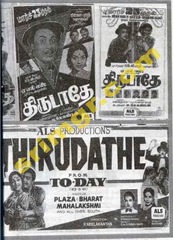 The centre spread of the special edition a rare paper cut of collection record of Thirunelveli Parvathi. 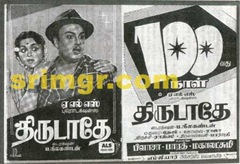 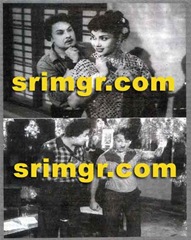 The price of the Special Edition is Rs.25/-

Posted by Online MGR Fans at 7:21 AM No comments:
Email ThisBlogThis!Share to TwitterShare to FacebookShare to Pinterest
Labels: special edition, thirudathe

This month issue has around the World information regarding MGR. 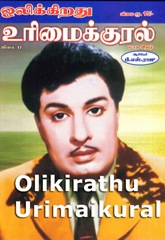 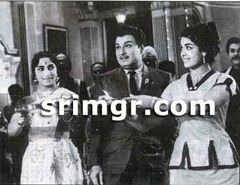 Posted by Online MGR Fans at 10:02 AM 1 comment:
Email ThisBlogThis!Share to TwitterShare to FacebookShare to Pinterest
Labels: july 2011

The cover page is MGR showing Victory symbol this image taken during when MGR was recuperating from leg fracture. 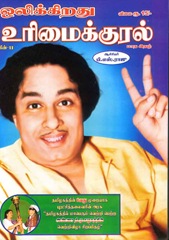 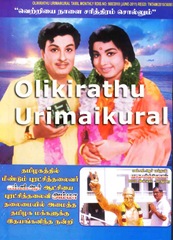 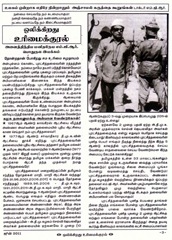 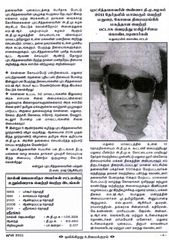 A request for the Government.

Posted by Online MGR Fans at 9:55 AM No comments:
Email ThisBlogThis!Share to TwitterShare to FacebookShare to Pinterest
Labels: june 2011

Since it is Election Time Olikirathu Urimaikural comes with Election news and feelings of MGR Fans around Tamil Nadu.

The cover image is from the movie Kudieruntha Kovil.

The books carries the article written by Mekala Chitravel for the movie "Nan Aanai Ittal".


The back cover was designed by MGR Devotee Murali.
Posted by Online MGR Fans at 7:38 AM No comments:
Email ThisBlogThis!Share to TwitterShare to FacebookShare to Pinterest
Labels: may 2011

Pardon me I have lost the May issue of Urimaikural and also for the late upload of June month magazine.
Urimaikural celebrated the 37th year of Ulagam Sutrum Valiban in special edition.

The book has lot of images mostly not seen in previous issues of Urimaikural.

The images are heavily water marked and in 200 dpi resolution in order to prevent from reproducing in other websites.

Many interesting information regarding the movie and behind the scene and how MGR enjoyed the freedom in Japan.